The following stats are from Tweeets Politwitter collected during the leaders debate on April 12th between 7:00pm and 10:00pm EST.
Because of the increased traffic to Politwitter along with the high volume of tweets the database was having issues during the debate and I had to close the site. I tried to make sure as many tweets as possible were indexed with cleanup scripts, but because the volume was so high it's likely that some were missed due to the Twitter API limitation of only being able to go back 1500 tweets.

Tweets by MPs & candidates wouldn't have been missed, it would be the high volume hashtags such as #db8 where there could be missing tweets. I guestimate that there could be several thousand tweets missing from the #db8 hashtag numbers.
Check out Global's mashup of the debate video with politwitter statistics and text transcript synced.

2011 Leaders Debate Night By The Numbers

Tweets During the Entire Day 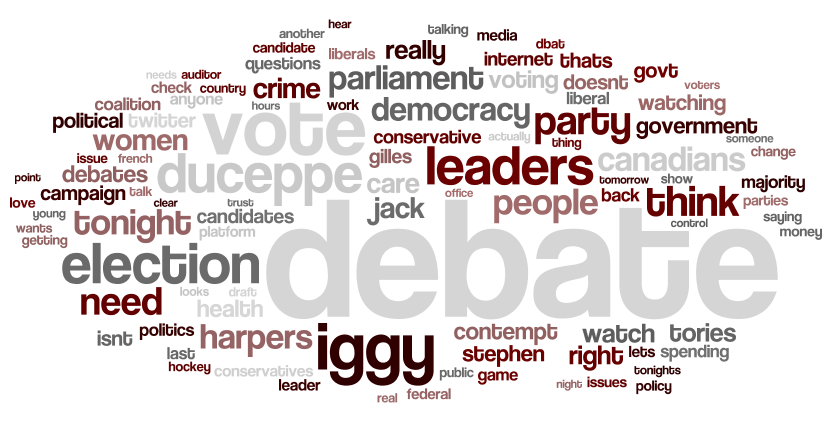 
Most Replied To Tweets